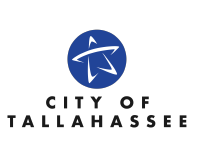 The City of Tallahassee Electric Utility was awarded two honors from the American Public Power Association (APPA) – the 2021 Award of Continued Excellence (ACE) through its Demonstration of Energy and Efficiency Developments (DEED) program and a Diamond level recognition through its RP3 program.

"We could not reach this level of recognition without the great work each of our employees do on a daily basis to meet our mission and serve our customers," said Rob McGarrah, General Manager of Energy Services for the City. "As we work to be the national leader in the delivery of public service, we are committed to providing reliable power, reducing greenhouse gas emissions and integrating renewable energy sources."

APPA's RP3 program recognizes public power utilities that demonstrate a high proficiency in reliability, safety, workforce development and system improvement. Diamond is the highest-level recognition within the program, and this is the second consecutive time Tallahassee has earned Diamond. This is the City's seventh RP3 program recognition overall. APPA reviews utilities who apply to the program on a three-year basis.

The ACE award recognizes the City's continued commitment to the DEED program and its ideals, including support of research, development and demonstration to improve efficiency, use of renewable resources and support of public power.

Over the years, the City's electric utility has partnered in federal, state and local R&D initiatives. For example, it recently collaborated with the Department of Energy, its National Labs and Nhu Energy to carry out research critically important to expanding solar and energy storage, known as the Florida Alliance for Accelerating Solar and Storage Technology Readiness.

The City has committed to numerous sustainability goals and efforts that coincide with its Electric Utility, including moving the community to 100 percent net clean, renewable energy by 2050. Other efforts include development of a Clean Energy Integrated Resource Plan, electrification of City buses and installation of fast charging stations for electric cars.

"Tallahassee is a long-standing champion of and contributor to our DEED program," said Alex Hofmann, APPA's Vice President of Technical and Operations Services. "They have been helpful in sharing their lessons-learned—particularly in the area of solar-plus-storage—with the public power community."

Tallahassee joined DEED in 1986 and has been involved in several projects, including a 1994 grant for a thermal mapping project, sponsoring and mentoring three DEED scholarship recipients, and earning two Energy Innovator Awards – one in 2012 for its Neighborhood REACH Program, a collaborative effort to improve livability in traditionally low-income areas, and a second in 2015 for its rebate program for energy and water conservation.