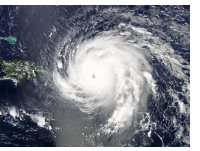 With the six-month Atlantic hurricane season starting Monday, emergency-management officials have changed how Florida will respond to storms as they grapple with the coronavirus pandemic.

Disaster managers, already working long days because of the pandemic, have modified hurricane plans on issues such as evacuations, shelters and conditions for relief crews because of the virus.

“You know it's not usual that we've been in the (Emergency Operations Center) for three months doing planning before hurricane season, (but) that's going to give us a leg up in a lot of ways because we've been thinking about it day in and day out here,” Florida Division of Emergency Management Director Jared Moskowitz said.

The hope is always for an inactive hurricane season, but forecast models aren’t crafted for comfort.

“We'll have to see what the season does.,” Moskowitz said. “They say it's going to be an active season. Remember, we had 18 named storms last year. And we almost got (Hurricane) Dorian. So, you know, we'll just have to see what it brings us.”

Arthur, which threatened the Carolinas as a tropical storm this month, started checking off the list of storm names for the 2020 season, which will last on the calendar from Monday through Nov. 30. Then came Tropical Storm Bertha, which formed off the Carolinas on Wednesday.

Last week, the National Oceanic and Atmospheric Administration became the latest organization to forecast an above-active hurricane season, with 13 to 19 named storms, of which six to 10 should reach hurricane status. The range is consistent with other forecasters that presume a La Nina weather pattern rushing warm water into the Atlantic.

“Similar conditions have been producing more active seasons since the current high-activity era began in 1995,” a NOAA news release said.

Mixing the forecasts with the virus, the state has created a reserve of 10 million face masks, 1 million face shields, and 5 million gloves.

The approach to shelters and evacuations also will be different.

“We've been always telling people to leave. Now, potentially, county emergency managers will be saying, ‘Know your home, know your (flood) zone,’” Moskowitz said. “So, if you live in a surge zone, yes, you'll still have to get out. But if your house was a new construction. It's built to code and we get a Category 1 or Category 2 storm, perhaps they'll decide that the safest place for you to be is in your home. So, the issue is shelter in place. That's clearly different.”

People who go to shelters are less likely to be crowded into single large rooms. Caps will be placed, maybe 50 people to a shelter, or evacuees could be spread across complexes such as schools, where each classroom could be used by five to 10 people. Another possibility is that people could find themselves filling hotels that would otherwise be low on occupancy.

“We've developed an app that hotels can sign up,” Moskowitz said. “We have 200 hotels so far signed up to do non-congregate sheltering. So instead of going to a shelter, you'd be assigned potentially to go to a hotel.”

Additionally, utility officials told regulators this month that plans are underway to establish more staging areas to reduce crowds of relief workers who would be needed to restore electricity after storms. Also, the utilities plan to shift to single-serve packaging of food and revamp sleeping arrangements for restoration crews that could require single occupancy in hotels or a need for more smaller sleeper vehicles.

They also cautioned that post-storm recovery assistance from utility crews based in other states might not be as large as in past years, as each state deals with issues related to the coronavirus.

Florida’s emergency-management division has also been taking internal steps to ward off its own disaster fatigue.

“We're making sure that we're rotating people on and off on weekends to give them time off with their families,” Moskowitz said. “Obviously, we're boosting morale around here. We're letting people bring their dogs to work. Because, look, mental health is an important aspect of what we do around here. We've been working 18-hour days since the beginning of March.”