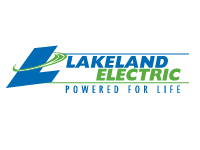 The American Public Power Association stated during the award presentation that Ivy has a passion for public power. Along with serving as General manager of Lakeland Electric, he also serves as president of the Florida Municipal Electric Association's board of directors. Ivy is highly regarded by his peers as a dedicated member of the public power community. He has extensive industry knowledge and experience and is often called upon as a subject matter expert. Ivy is dedicated to Lakeland Electric and has a sharp awareness of policy and other issues that could impact the utility.