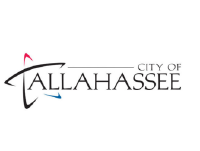 Today, Feb. 26, the City of Tallahassee took two bold steps toward its net renewable energy goals. The City Commission unanimously voted to reserve a portion of the solar energy output from Solar Farm 2 to serve all City buildings and is moving forward with the implementation of the Energy Integrated Resource Planning (EIRP) process in conjunction with developing a community-wide Clean Energy Plan.

"The City of Tallahassee's 60-megawatt, airport-based solar facility, the largest of its kind in the world, is now in operation," Mayor John Dailey said. "As the capital city of the Sunshine State, we are dedicated to preserving our community's natural resources, and we are proud to be the first of 33 public power utilities in Florida to power 100 percent of our City buildings with solar energy."

"Florida public power is on the leading edge of innovation when it comes to solar energy, and our communities continue to further their commitment to renewable energy," said Amy Zubaly, Florida Municipal Electric Association (FMEA) Executive Director. "Congratulations to the City of Tallahassee for becoming the first public power utility to fully power municipal buildings using the sun's energy."

The Clean Energy Resolution was unanimously adopted by the City Commission on February 20, 2019. Developed in collaboration with Tally35, the City's Utility Citizens Advisory Committee and the local chapter of the Sierra Club, the resolution outlines the City's goal of moving the organization and community to 100 percent net renewable energy by 2050 and outlined specific milestone markers. One of the markers - to have "all City facilities using 100 percent renewable energy no later than 2035" - was met with tonight's decision.

The EIRP process is a multifaceted planning process that considers long-term energy system needs and various power supply alternatives; seeks to develop plans that balance supply side, demand side and community priorities; and ensures reliable operations that meet all regulatory, environmental and societal requirements. This process will lead to the development of the City's Clean Energy Plan and will include ample opportunities for public engagement.

Moving forward, the City will continue to support its commitment to sustainability by implementing key pieces outlined in the resolution. Already, the City's Electric Utility has reduced emissions beyond the set goals for both the 2020 Paris Accord and the Kyoto protocol and is on track to surpass the 2025 Paris Accord goal soon.

"The City is recognized as a national leader in the solar arena and a noted Solar Star by Environmental American," City Manager Reese Goad said. "To have other utilities looking to the Tallahassee Solar program as a best practice is a testament to the leadership of our City Commission and the work being accomplished by our professional staff in collaboration with our community partners."

Enjoying a clean, healthy environment is a hallmark of life in Tallahassee. The City is dedicated to remaining at the forefront of progress while balancing environmental concerns and community desires with providing reliable, cost-effective service. Learn more about City operations and its many sustainability programs at Talgov.com.