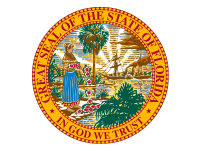 State of FloridaFlorida search-and-rescue teams and utility crews are deploying to help as Hurricane Ida barrels toward landfall in Louisiana. Florida Chief Financial Officer Jimmy Patronis, who doubles as the state fire marshal, said search-and-rescue teams will assist with storm recovery. Also, the Florida Municipal Electric Association said it has assembled crews to help with restoring electricity after the storm. The association said nearly 85 workers from seven public utilities will arrive in Louisiana through Monday. As of 5 p.m. Friday, the center of Ida was approaching western Cuba with maximum sustained winds of 80 mph, moving northwest at 15 mph.

A hurricane warning was issued for coastal areas of Louisiana and the New Orleans area. “On the forecast track, the center of Ida will pass over western Cuba during the next several hours, and then move over the southeastern and central Gulf of Mexico later tonight and Saturday. Ida is forecast to make landfall along the U.S. northern Gulf Coast within the hurricane warning area on Sunday.” No part of Florida was in the forecast cone, but some tropical-storm force winds could be felt in the Panhandle starting Saturday, according to the hurricane center.