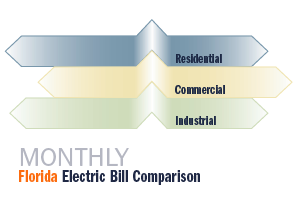 In the industrial sector, out of four ranked categories, the City of Quincy reported the lowest bills in all four categories.