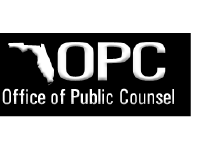 The state Office of Public Counsel, which represents consumers in utility issues, is going to the Florida Supreme Court in disputes about storm-protection plans approved for four power companies. The office filed notices that are a first step in challenging orders issued by the Florida Public Service Commission that approved plans for a wide range of utility projects, such as increasing the number of underground power lines. The Public Service Commission on Thursday sent the notices to the Supreme Court, according to documents posted on the commission website. The challenges involve plans approved this fall for Florida Power & Light, Duke Energy Florida, Tampa Electric Co. and Florida Public Utilities Co. The plans were tied to a 2019 state law that passed after Hurricane Irma, Hurricane Michael and other storms caused widespread power outages. Utilities file 10-year storm-protection plans with the commission and then are able to seek money from customers annually to carry out the plans. The notices of appeal do not detail arguments that the Office of Public Counsel will make at the Supreme Court. But, for example, the office has argued that FPL did not properly provide a comparison of costs and benefits for its plan.