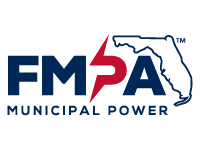 Fitch Ratings announced a credit rating upgrade for the Florida Municipal Power Agency (FMPA) to ‘AA-‘ from ‘A+’ ahead of the Orlando-based power agency’s planned bond refinancing in late-October.

In granting the coveted upgrade to double-A, Fitch pointed to the strong financial performance and competitive rates of FMPA’s All-Requirements Project. According to Fitch, the upgrade was influenced by:

FMPA’s governing board approved the approximate $81 million bond issue on Oct. 17. The bonds are expected to sell during the week of Oct. 21.

The new bonds will refund outstanding bonds of FMPA. This refinancing is a continuation of FMPA’s strategy to enhance its financial position by eliminating interest-rate swaps, increasing its fixed-rate debt and paying-off debt early.

Court Upholds Part of Verdict Against FPL in DeathOctober 25, 2019 PSC Signs Off on TECO Solar ProjectsOctober 18, 2019