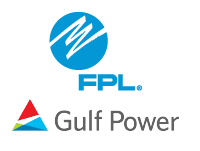 In a move that would create a utility with customers from Miami to Pensacola, Florida Power & Light and Gulf Power plan to merge in 2022, their parent company, NextEra Energy, said Wednesday.

NextEra, which has long included FPL, closed a deal in January 2019 to purchase Gulf Power from Southern Company. But FPL and Gulf, which have a combined total of about 5.5 million customers, did not merge.

In a news release Wednesday about its quarterly earnings, NextEra said it has made a filing at the state Public Service Commission that “reflects the expectation that FPL and Gulf Power will begin to operate as an integrated electric system in 2022.”

“Since the Gulf Power acquisition closed in 2019, FPL and Gulf Power have been reviewing the potential benefits of merging into a single, larger Florida utility company,” the news release said. “Based on this review, the companies expect that a merger will create both operational and financial benefits for customers. As a result, the companies plan to take additional steps to merge over the coming months.”

An accompanying earnings presentation said FPL and Gulf expect to file a combined base-rate case in 2021 at the Public Service Commission, with new rates effective in 2022.

The filing at the Public Service Commission, known as a “Ten-Year Site Plan,” indicates the 2022 merger date is tied to the completion of a major new transmission line, which will go from Columbia County to Jackson County. The project is designed to provide an improved connection between the FPL and Gulf systems.

“NextEra Energy’s plan is to integrate FPL and Gulf into a single electric operating system effective on January 1, 2022 after the completion of a new 161 kV transmission line (the North Florida Resiliency Connection line) that will enhance the electrical connection between the two systems,” the site plan, dated this month, said. “This enhanced connection will benefit customers in both systems by better enabling the siting of clean, reliable, low cost generation, and the transmission of energy from those facilities, to all customers.”
The filing offers glimpses of how the utilities have worked together since NextEra purchased Gulf. For example, it said that since January 2019, certain “planning services have been, and will continue to be, performed for both companies by FPL’s resource planning group.”
Also, Marlene Santos, a longtime executive at FPL, was installed as president of Gulf Power after the purchase by NextEra.

FPL is by far the largest utility in the state with roughly 5 million customers along much of the East Coast and parts of Southwest Florida and North Florida. Gulf has about 470,000 customers in eight counties in the Panhandle.

FPL and Gulf are two of the state’s four largest privately held electric utilities, along with Duke Energy Florida and Tampa Electric Co.