“We’re thrilled to celebrate 120 years of electric service in our community. We continue to embrace our rich history as we carry out our mission to provide reliable and economical services to our customers while partnering with the community and the environment,” said Brian Horton, KUA President and General Manager. 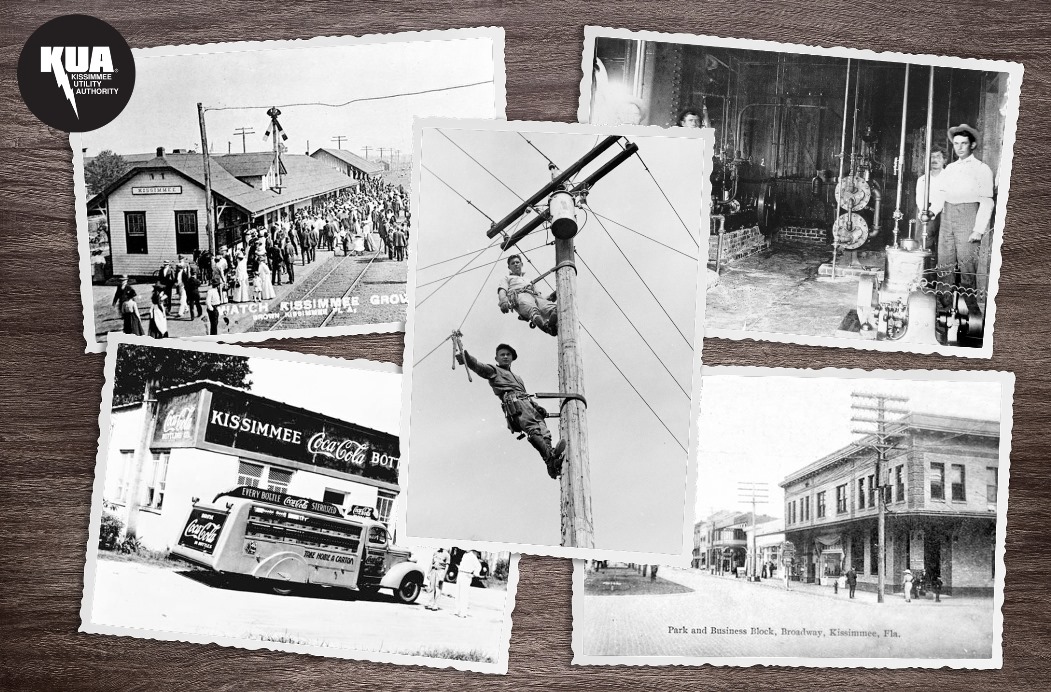 It was during a Kissimmee City council meeting on June 28, 1901, that a resolution was passed authorizing the city’s purchase of Kissimmee Electric Light Company from W.C. Maynard for $4,293.59.

Maynard, a Kissimmee resident, had owned and operated the private power company in Kissimmee under contract with the city since December 4, 1900.

Upon the purchase, a committee was appointed by the council to manage the electric system.

Kissimmee is the fifth oldest municipal utility in the state, following Starke (1890), Jacksonville (1895), Ocala (1897) and Williston (1900). In addition, Kissimmee residents began enjoying the benefits of electricity 22 years before their neighbors to the north in Orlando (1923).

The utility’s first purchase was a 15-kilowatt generator in 1901 — enough to power just 150 100-watt lightbulbs or 13 coffeemakers. That was followed by the addition of three diesel generators in the 1920s to serve the approximately 200 electric customers in Kissimmee at that time.

Not until the opening of Walt Disney World in the 1970’s did the utility begin experiencing tremendous customer and energy demand growth.