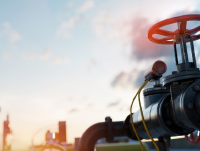 TALLAHASSEE — Florida utilities are warning that volatile natural-gas prices could translate to higher-than-expected electric bills in 2022.

Florida Power & Light, Duke Energy Florida and Tampa Electric Co. have notified state regulators that they might have to revamp estimates of fuel costs that will be passed along to homeowners and businesses next year.

Duke made the latest filing Monday and, like FPL and Tampa Electric, said it will report back to the state Public Service Commission in the coming weeks as it continues to analyze gas prices.

“As a result of the current volatility of natural gas prices, DEF (Duke Energy Florida) will continue to monitor natural gas price activity and will report to the commission later this year,” the company’s filing said.

Natural gas plays a critical role in Florida’s utility system, as it was used to generate about two-thirds of the electricity generated in 2019, according to a Public Service Commission report. Utilities are supposed to pass through fuel costs to customers without profiting.

Utilities each year file projected fuel costs that regulators then use to determine how much will be charged to customers in the subsequent year. Duke, FPL and Tampa Electric made such filings on Sept. 3. But, as a sign of the volatility, the new filings indicate that the actual prices in 2022 are expected to be substantially higher than the projections in the Sept. 3 proposals.

As a result, the utilities could seek what are known as “mid-course corrections” to increase the amounts they would collect from customers next year. Such mid-course corrections are allowed if newly projected costs are more than 10 percent higher than original estimates.

“In light of the current volatility, FPL will continue to monitor natural gas price activity and will report to the commission no later than November 12, 2021,” FPL said in a filing Friday. Should FPL continue to project an under-recovery in excess of 10% based on early November natural gas settlement prices, its November report would include a midcourse correction petition; and, to minimize any associated bill impact, FPL would request a vote on that petition at the December 7 agenda (commission meeting) for an effective date of January 1, 2022.”

The filings did not detail the amounts of potential increases.

year approved mid-course corrections for the three utilities because natural-gas costs were higher than what had been estimated last year.

Duke in September announced a plan to spread $247 million of so-called “under-recovered” costs over the next two years to try to ease the impact on customers’ monthly bills. But the filing Monday indicated that Duke now expects gas costs will exceed estimates by more than 10 percent in 2022.

A report last week by the U.S. Energy Information Administration said natural gas prices are expected to be higher in the fourth quarter than had been estimated earlier, after increasing through the year.

“The rising prices in recent months reflect U.S. natural gas inventory levels that are below the five-year average and continuing demand for natural gas for power generation use at relatively high prices,” the report said.

Also, the report pointed to continuing volatility in prices.

“We forecast that U.S. inventory draws will be slightly more than the five-year average this winter, and we expect that factor, along with rising U.S. natural gas exports and relatively flat production through January will keep U.S. natural gas prices near recent levels before downward pressures emerge,” the report said. “Given low natural gas inventories in both U.S. and European natural gas storage facilities and uncertainty around seasonal demand, we expect natural gas prices to remain volatile over the coming months, with winter temperatures being a key driver of demand and prices.”

Article reposted with permission from the News Service of Florida.