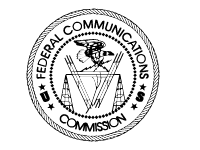 In a clash of two of the state’s most-prominent companies, Florida Power & Light and AT&T Florida are battling in court and at the Federal Communications Commission about payments for the use of utility poles.

AT&T asked a federal court this week to dismiss a lawsuit in which FPL accuses the telecommunications company of breaching a contract that deals with payments for the use of hundreds of thousands of poles. AT&T pointed to a complaint it filed at the Federal Communications Commission alleging FPL has long charged “unjust and unreasonable” rates for AT&T to attach equipment to poles.
“The FCC will issue the controlling decision in the parties’ rental rate dispute,” AT&T said, also raising the possibility of putting the lawsuit on hold. “It has the statutory obligation to ensure that AT&T is charged a ‘just and reasonable’ pole attachment rate and the authority to award refunds of AT&T’s overpayments.”

In the lawsuit, filed July 1, FPL alleged that the telecommunications company did not pay about $20 million owed for 2017 and 2018. The companies have had what is known as a joint-use agreement since 1975 that has allowed them to share poles, with guidelines for determining how much they might owe each other, according to the lawsuit.

“After 43 years, AT&T Florida unilaterally stopped making contractually required payments to FPL despite repeated requests by FPL,” the lawsuit said. “It nonetheless continues to enjoy all of its contractual benefits. AT&T Florida's failure to pay significant money payment obligations to FPL constitutes a material breach of the agreement.”

In the dismissal motion filed this week, AT&T said it delivered checks to FPL for the disputed amounts just hours after the lawsuit was filed. Nevertheless, also on July 1, AT&T filed the complaint at the Federal Communications Commission and contends it should receive refunds going back to 2014 because of what it describes as excessive charges that violate federal law.

“The parties’ dispute over the lawfulness of these (2017 and 2018) invoices continues --- but it continues at the Federal Communications Commission, where it will and must be decided,” AT&T said in the court document this week. “For while FPL claims that it invoiced pole attachment rates that comply with the parties’ joint use agreement … the agreement and federal law forbid FPL from charging AT&T a pole attachment rate that exceeds the rate that is ‘just and reasonable.’ ”

Along with the conflict between two high-profile companies, the lawsuit and the Federal Communications Commission complaint give a glimpse of the massive infrastructure used to deliver electricity and telecommunications services in Florida.

The lawsuit, in part, asks a federal judge to direct AT&T to remove its equipment from FPL poles --- with the electric utility noting that it can’t remove the equipment, in part because of concerns about interruption of service to AT&T customers.