On a slushy East Village street in New York City one January morning in 2004, 31 year-old Jodie Lane was walking her two dogs. Suddenly and without warning, Jodie and her dogs were hit by 57 volts of electricity. A metal sidewalk plate had become energized by a weathered and poorly maintained wiring system beneath the street. The shock knocked Jodie to the pavement and sent her dogs into a frenzy. Pedestrians and police officers attempting to assist Jodie were turned away, when they also were shocked. By the time properly equipped emergency and utility teams arrived, Jodie was dead.

Jodie’s father, Roger, sued electric utility Con Edison and won. Roger used a portion of the $7.2 million dollar settlement to fund a public safety foundation in Jodie’s name. As part of the settlement, ConEd had to make public a city map detailing all elevated voltage locations. Some 34,000 locations were detected!
Stray voltages are small voltages on publicly and privately accessible locations and surfaces that are the result of the normal operation of an electrical distribution system. Contact Voltage, however, comes from electrical faults and can exist at levels that can be lethal. 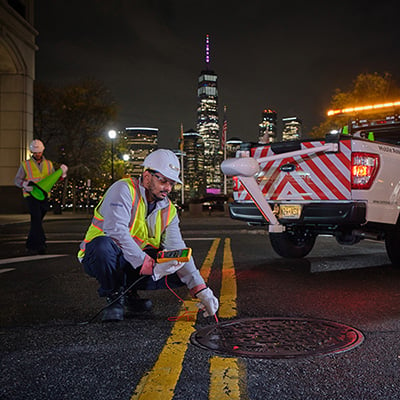 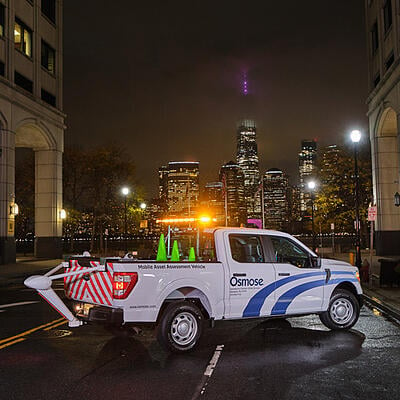 While New York City is somewhat unique in the sheer magnitude and density of its underground utility network, (often described as a “copper mine”) the threat of contact voltage is not unique to New York. With this in mind, Sarnoff Corporation’s David Kalokitis and his team of engineers and researchers went to work looking for a safe, accurate and efficient way to detect these potentially hazardous voltages. After two years of research and testing, by 2006, he was ready to deploy a mobile contact voltage sensor system. David and others formed a company based on their technology and named the company Power Survey. In 2019, Osmose acquired the company.

Today, David is Chief of Technology for Osmose Power Survey. He has seen this system detect 250,000 energized structures in over a hundred cities and towns across the USA and in more than a dozen countries around the world. And in nearly all those utilities, David says there are common areas of concern: aging underground systems, bad underground connections, altered streetlight and service feeds, water damage, construction damage and incorrect wiring. Streetlights are the most common suspects as they are subjected to the most abuse from weather and the general public and usually get little attention so long as the light is working.